About 2 years ago I ordered a book from Amazon.com using an echeck payment.  After a few days, I noticed that the money never came out of my account, so after about 2 hours of searching Amazon.com’s extremely un-user-friendly site, I sent them an email that said, “I received this book, but I do not believe it was paid for”.  The fine folks in the customer service department sent me an email telling me, the book had in fact been paid for.  Great!

A week later I get a call from a collection agency.  I get these calls all the time.  There is a man and a woman who have been giving out our phone number for about 7 years and as far as I can tell they have never paid a single bill in that time.  I am in the bath, my answering machine picks up and I hear the typical…”This is an attempt to collect a debt for..” Holy crap, WHAT???  It’s my name.  I jump up and try to answer, but they are already gone. I call the number back.

I know you will be stunned to find out the man on the other end was none to pleasant.  I tell him my name and the case number and he says, nope nothing.  I said, “But there has to be something because you called me at my number and used my name”.  He insist there is nothing.  Ok, fine.

A few days later I receive a letter in the mail from a guess who?? The collection agency.  I call the number again.  This time an equally unfriendly woman takes my call.  She can’t find anything either.  I said, Listen, clearly there is something to this claim and we are not hanging up until we figure it out.  I was probably more pathetic then forceful, but she did agree to look deeper.  To her amazement there was a default notice under my name from Amazon.com. They were looking for their $20 that I told them I owed them that they refused to believe.

I am super annoyed because I knew that and tried to solve the problem and now it’s at collections.   I explain everything to the woman, but she could give a flying flip. Eventually, I just say, “How do I rectify this?” She says, send us a money order for the amount, blah, blah, blah.  I do and I include a copy of all the emails and such.  I also recontact Amazon.com to explain the whole thing and I resend copies of everything.  I am worried about my credit. They kind of say, our bad, but not really.  The emailer tells me I don’t need to be upset because it is just their in-house collections, not one that reports to credit bureaus. He/she said it was because their bookkeeping, collections and customer service departments don’t talk to each other, so that was probably the issue.  Yeah, probably. You would think that would end the matter, but because God likes to keep me humble for the next 6 weeks I still got emails from Amazon.com claiming the book was not paid for.  I sent another email(up to about 30 by now) back with all the emails and the confirmation number from the collection agency, but this time I also included a threat to contact an attorney if they sent one more email.  They stopped.

I swore I would never buy another thing from Amazon.com and I haven’t…until today. 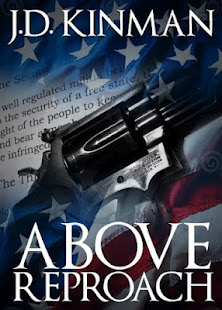