On Mother’s Day my husband took me to the range.  He took me because it is what I wanted to do.  He is nice like that.  But I noticed he was having as much fun as I was!  He was laughing and joking and all day he kept saying how much he enjoyed being there.  I was kind of surprised because he never really showed a big interest in guns before.

He had mentioned several times that he wanted a gun in the house and that I should learn to shoot, but  it always seemed to me to be an idea born out of necessity rather than pleasure.

As I mentioned before I follow a woman who goes by the name LimaLife.  She has a FaceBook page and on that page she posts all kind of helpful hints, ideas suggestion and what not.  She also tosses out questions for everyone to discuss.  Well, not everyone.  I don’t do that much discussing.  I usually, read, ponder and then ask questions, lots of questions.  Asking questions is kind of my thing.  Anyway, one day she asked a question about where would people go if they had to leave their house and what would they take with them?  I  read that and thought, Where are we going?  Why would we need to leave? Take things, for what purpose?  So, I asked.

Turns out that the bad guy in the dark alley isn’t the only thing people prepare for.  These people have seriously thought about what to do if a natural disaster happens or we are attacked by a foreign country or if it is the end of the world.  They have put together a plan of where they would go and what they would do and what they would take.  They have these little bags or maybe they are big bags, not sure…might have to ask that.  Anyway, they have these bags and I have learned they call them “Bug Out Bags”  I don’t know why, but they do.

Big surprise I had never heard of this and had no clue, so I Googled it.  You may have noticed if I can’t get an answer to my question from a person, I Google.  I like to know things.  So, I found out it is much like a tornado prep kit that one might keep in their house, but it is ready to take on the move.  Things like water, freeze dried food, first aid kit etc.  The contents can get pretty involved like a small tent, an ax, even a chainsaw, which can both serve to cut wood and kill a zombie should one come across your path while you are having to Bug Out.

I thought this actually sounded like a good idea because I live in the tornado capital of the world, so I approached my husband and said what do you think about putting together a Bug Out Bag?

I was kind of nervous to bring it up because I thought he might think I was getting a little extreme, but to my surprise he knew exactly what one was and was all for it.  In fact, it was almost like he was waiting for me to ask.  I get the feeling he has been patiently waiting for me to catch up and get my head out of my proverbial, you know where.

While watching The Outlaw Josie Wales, he practically glowed.  I said to him, “Babe, you are totally loving that I am watching these kinds of movies with you, aren’t ya?”  He looked at me with a big ol’ smile and said “Yep”

I said, “You are loving all this gun stuff and shooting?”

“Why on earth didn’t you tell me you were interested in this stuff?”

He looks at me, no smile, eyebrow raised, “You weren’t ready.”

Not only had I let fear control my life, I had placed an enormous burden on my husband.  A burden to bare the complete responsibility to protect our family.  We were a team in every other aspect, but I relied on him to be the sole protector.

While I relied on him to protect us, I severely limited his ability to do so.  I expected him to do it all with little more than a fire extinguisher.  He did not have a gun, or a knife, or even pepper spray, but I suspect he had a plan.  One he could not share with me.

The good news is that I am on ready and I love that we have found a new adventure to be on together.  Not only are we serious about protecting ourselves and our family, we are having a blast doing it.

So, we went shopping the other day to start to put together the contents of our Bug Out Bag, but it turned out to be more of a Bug In kind of box.  Bug Out means you leave, so I started calling our room in the basement that we use when tornadoes come our Bug In Room cuz we stay, you know, in.

My son informed me that stuff we bought, is way to heavy and bulky for something we would have to carry.  I asked my husband if he knew this and he said yes, but that I was having so much fun, he didn’t have the heart to tell me. Like everything else on this journey, I am learning by my mistakes.

Ok, so I bought some canned food, water, granola bars, peanut butter…a life time size jar, and a first aid kit.  We actually have several first aid kits as we do a lot of hiking and camping, but I wanted one specifically to stay with our bag.  I also bought a knife, but it is woefully inadequate, so I will need to do some research on a better quality knife and probably one that isn’t sold at Wal-Mart. 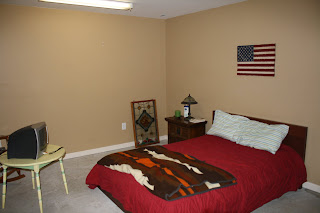 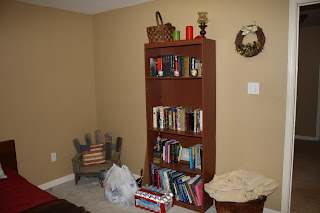 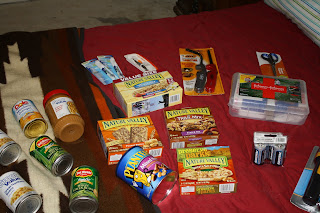 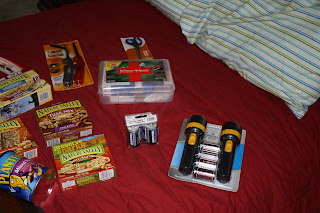 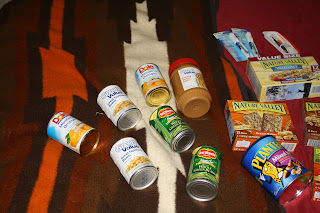 1 thought on “An Unintential Burden”