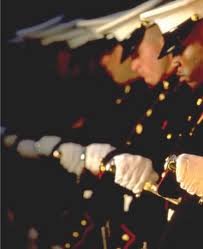 a devoted love, support, and defense of one’s country; national loyalty. — patriot, n. — patriotic, adj.
Regardless of how I have felt about war, violence and guns, I have always been deeply patriotic.  I have always loved my country and I have always supported those who have defended it. I have never, ever been able to listen to or sing the National Anthem without getting chills and tearing up.  Doesn’t matter if it is on TV or if I am at a little league baseball game.
I grew up in rural Iowa in a tiny little town.  I don’t remember anyone ever directly speaking about love of country or devotion to it’s people, but what I do remember is a profound love and loyalty to the town, the people and America.

I remember every 4th of July our town had a huge celebration.  People from all over would come for the festivities.  A sleepy little town with rarely more than 5 cars on the road at a time, would become alive with carnival games, food, and tons of fireworks.  It was packed with folks from all around  and the streets were jammed with cars.

I remember that every one who could vote, voted.  The town didn’t close down and the schools didn’t take the day off, but everyone took their responsibility to vote seriously.  When I turned 18 and could vote, I remember standing in line beaming.  Again, while no one out right told me  I was to vote, I knew it was expected of me.  I never thought about not voting.  I don’t think I even knew it was an option.
People, even in tiny little towns like mine, are diverse.  People think differently and not everyone shares the same values, but everyone I knew loved being an American and was grateful for those who gave their lives to protect it, that was never divided.
Love of country was ingrained into my everyday life in all kinds of implicit ways, and it has been a part of my everyday life ever since.
I married a boy from a town just up the road from mine and being anti war and all, it was quite a shock when he came home one day and announced he wanted to join the Marines. We were not 18 year old kids and this was nothing we had ever talked about before. The next few weeks were filled with not so easy conversations, but I loved him and he was committed to doing something bigger than himself, so objections aside, I supported his choice.  At first I blamed it on one too many episodes of Major Dad, but it really was thanks to his childhood friend coming back from boot camp all motivated.  Truth be told, I think it was the thing my husband had been looking for all his life.
Our life as a military family was fairly ordinary.  The Gulf War had just begun when my husband started boot camp and was over before he finished.  Being cocky Americans we didn’t worry that we would have another war.   Until Somalia.  I realize that the US didn’t declare war on Somalia, but it was the first time my husband headed off to combat and I was not a fan.  He was with a helicopter unit flying rescue missions out of Rwanda and well, you probably know how that ended up.

As the world became increasingly more dangerous and the realities of war began hitting closer and closer to home, the feelings of patriotism became less idealistic and trivial.  Instead of being something I felt, it was something I lived.  While my words of thanks were never in vain, knowing the names of those who are wounded and those who have died, makes an abstract ideal like patriotism into a intimate reality of pain and pride.

When you are witness to the price of freedom, it is impossible to not feel overwhelming humility and gratitude.

It is impossible to pay back the debt that is owed to people who are asked to do things no one should be asked to do, but that should not stop us from trying.


I do lots of things in an attempt to show my gratitude and appreciation.  We have hosted Marines or Sailors for the holidays.  My husband has spent many hours at Bethesda with the wounded Marines.  We send cards and care packages to those over seas. I am the chair for our annual Veteran’s Day lunch at our daughter’s school.  For the past few months, I have been buying gift cards to local restaurants and tucking them in cards.  I write a note of thanks and I always sign it “With Humility and Gratitude”.  I never sign my name.  Then when no one is looking I put them on the cars of military stickers.

When we lived in California, I remember driving to the base one day and seeing a bus full of Marines driving by.  It was during the war and I knew these were Marines coming home. I knew because lots of them were coming home home and I had wished my husband was one of them, but he was still in Iraq.

Anyway, I made eye contact with one of the young guys and I mouthed “Thank You.”  He smiled and nodded.

All that he gave. All that he sacrifice and all I  had to offer was a thank you. A simple thank you, but  I could tell it meant something to him.  I could see it in his eyes, to him, it mattered.


I hope everyone who reads this blog is doing something to show their gratitude to those we serve our country, even if it is only a simple THANK YOU!!