So, a few days before Christmas TSM and I gave M her Smith & Wesson M & P .22 pistol. (her gun, under our control and supervision only)We gave it to her early because I knew we did not have any classes scheduled at the range and I wanted to get her out there shooting. John was gracious enough to allow me to use it for the day.

TSM, myself, all 3 little kids, M, M’s friend and a gentleman from my husband’s work all headed to Culpeper for a little fun… 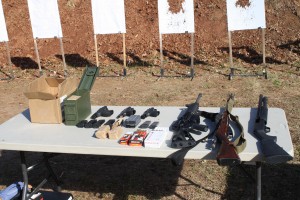 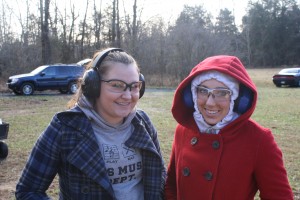 M was first up. 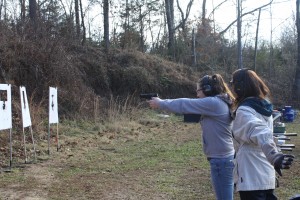 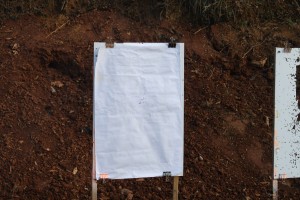 My approach was take her out with her friend and let her shoot or not. No pressure. She shot and shot and then E asked if she could shoot her sister’s gun and, of course, M was gracious enough to agree. 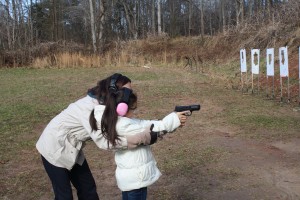 All the kids took turns. 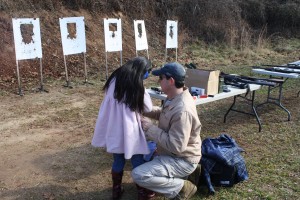 Our daughter A is a princess. She is the girl-est of all girls. She has always been that way. Well, not always, but close. Her choice for the range was skinny jeans, maroon “leather” boots and a pink flowy coat. Not really range attire, but it’s her and we have no intention of changing that. She has shot before and she likes it, but she is flighty, so we are very much hands on with her when she is shooting. 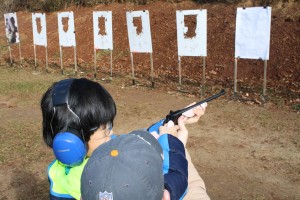 This was The Boy’s very first time ever shooting anything. He has been allowed, under supervision, to hold a gun(in our dedicated safe area) and dry fire, but until that Sunday, he had not taken a live shot. He used E’s .22 rifle. He did well, but as with A needs much hands on support. 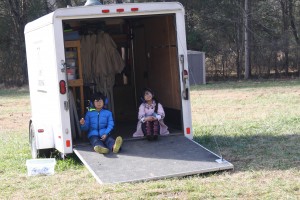 When one child was shooting the other 2 had to sit inside the trailer and wait patiently without getting up. If they did that, they could then have their turn. They never once got up or caused a single issue that caused me concern. I was very proud!!

My older son and our friend were off shooting on the other side of the range while TSM and I worked with the little ones. At one point M came up to me and asked if she could shoot her gun. Shocked, I said sure. She shot and shot and shot. A little later she even took E and at one point helped E clear a malfunction. I was standing by on overwatch and taking pictures.

I did not shoot much as I was helping my kids and making sure everything was done safely, but I did get a few rounds in… 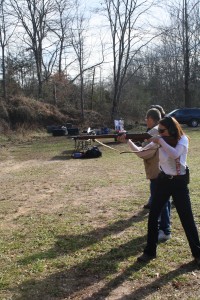 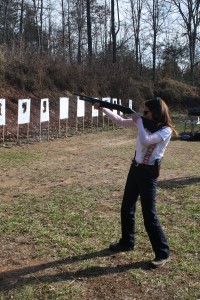 Shooting my son’s shotgun with self defense loads. That was a bit of a kick:) 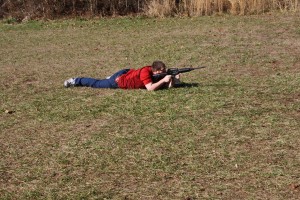 Our son taking his turn. 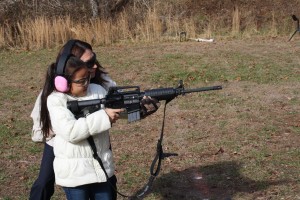 E wanted to try everything, M wouldn’t touch a thing other than the .22. Not the 9mm, not a single rifle…nothing. Which really isn’t that big of deal because she thoroughly enjoyed shooting her gun and that is a big, big win! 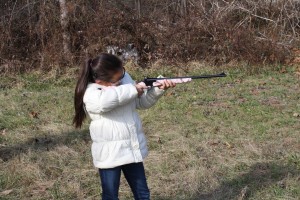 E asked to shoot the steel, so we let her! We started her out fairly close. Maybe 25 yards. Plink, plink, plink. 3 for 3. We moved her back and plink, plink, plink. Again we moved her back. At this point we took her ear protection off. She is deaf, but wears Cochlear implants. With her ears on she can’t hear a thing, so we removed them for a few rounds to let her hear the sound of her round on the plate. It was pretty motivating for her. We kept moving her back. She was 15 for 15 and asked if we thought she could win any competitions  She wants to compete… 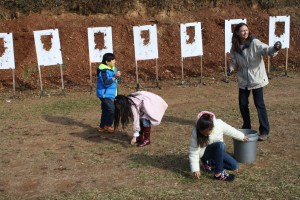 We ended the day with our own little working party.

45 thoughts on “The AGirl Clan Shoots”